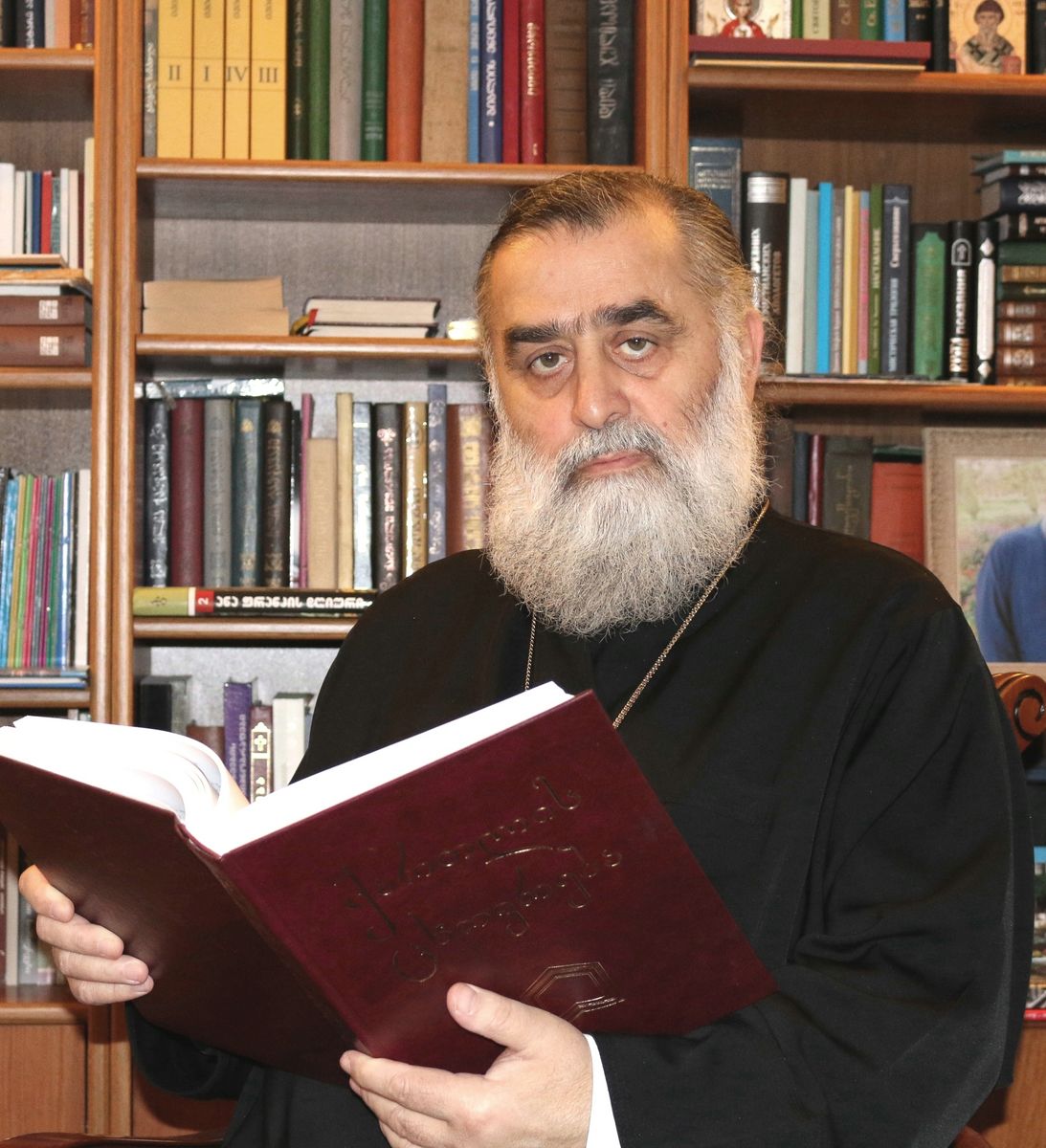 His Eminence Prof. Dr. Metropolitan Grigoli of Poti and Khobi

October 14th, 1989 – was ordained deacon at Svetitskhoveli Cathedral by Metropolitan Konstantine of Batumi and Shemokmedi.

March 27th, 1990 – was ordained priest at the Batumi Cathedral of the Birth of the Virgin Mary by Metropolitan Konstantine of Batumi and Shemokmedi.

April, 1990 – became dean of Likhauri Church of the Birth of the Virgin Mary (Ozurgeti municipality).

February, 2nd, 1994 – was ordained archpriest and awarded with golden cross by Catholicos Patriarch of all Georgia.

1991-1995 – was supervising courses in canonical law for teachers in Ozurgeti.

May 30th, 1995 – by decree of Catholicos Patriarch of all Georgia was appointed rector at Ozurgeti St. Nino Gymnasium.

March 14th, 1996 – was appointed Bishop of Poti according to the decision of the Holy Synod of Georgian Apostolic Church.

March 23rd, 1996 – was consecrated archimandrite and awarded with beautified cross and mitre.

March 24th, 1996 – was consecrated Bishop of Poti by Catholicos Patriarch of all Georgia at Svetitskhoveli Cathedral.

1996-2003 – Head of the Department of the Georgian Patriarchate for the Armed forces and Law Enforcement Institutions.

2003-present – Head of the Department of the Georgian Patriarchate for Publishing and Reviewing.

2005-2008 – Head of the representative committee of the Georgian Patriarchate for the relationship with state on the issues of education.

2010-present – Editor-in-chief of Uplis tsikhe, Journal of the Georgian Patriarchate.

May 14th, 2022 - by the decision of the board of trustees of St. Vladimir’s Orthodox Theological Seminary in New York, was awarded an honorary doctorate for his efforts in ministry and education.

September 16th, 2008 – Vakhtang Gorgasali Order of First Class (by decree No. 611 of President of Georgia).

“Metaphysics of Freedom according to Iona Khelashvili”, in: T. Iremadze (ed.), The Idea of Freedom in Philosophy, Theology, and Social Sciences, Tbilisi, 2016, pp. 76-90.

On Some Actual Problems of Philosophy of Human Rights, Tbilisi, 2013.

A Short Catechism of Orthodox Christian Church for Catechumens, Ozurgeti, 1992.